By working within and against conventional black representations in poetry and song, Dunbar reached diverse black audiences, achieved politically "representative" success, and contributed to emergent cultural forms. I will examine how different orientations to the dominant politics of respectability imbued plantation verse and "coon" songs with distinct, uneven cultural possibilities. My essay culminates in a discussion of Dunbar's novel, The Sport of the Gods. Dunbar's contribution to the nascent black naturalist tradition doubles as his state-of-the-nadir address on black representation in art and politics.

Overlooked archival evidence suggests that Dunbar drafted Sport in the wake of the theater-district riot, which targeted Williams, Walker, and the Marshall Circle.

Featuring a veiled homage to Williams, Sport delineates the forces that impinge on black identity, while retaining a slender hope that vital art can emerge from violently racist environments. But the novel also underscores a painful reality. Dunbar could never quite unify the diverse approaches to racial representation that he spent his brief, brilliant career developing because diverse turn-of-the-century black cultural forms were generated from quite distinct orientations to contemporaneous political and social conditions. The Wilmington Massacre, which marked the violent suppression of democracy in the South, was the era's watershed event, but it was the North's tacit approval that led Dunbar to remark: "The race spirit in the United States is not local but general" in his most militant essay, "Recession Never" Although the nadir in the North never reached Southern depths of legal disenfranchisement, it was marked by both overt and implicit racial hostility.

Seventy years after A Sand County Almanac was published, what would 'the godfather of modern ecological thinking' say about battles over predators, recreation and environmental justice? As hip mountain towns struggle to make a place for worker bees, Lance Olsen says our tax code, the timber industry and developers aren't focused on real solutions.

Like Search and Rescue for those lost in the woods, people facing addiction or mental illness can also require the assistance of people who care. Psychotherapist Timothy Tate explores the deep impact of intervention. First grizzly-human encounter reminds us of value of bear spray and the long odds of getting attacked. Annual wapiti survey: apart from wolves and other wildlife meat eaters, a formidable predator is winter.

Renowned Jackson Hole photographer inspires masses, including famous friends, to rally in defense of nature. His work now featured in national museum tour. Wyoming rancher Heyneman, who grew up near Fishtail, Montana, has a personal family connection to the legendary Padlock Ranch and once left a big impression on Wallace Stegner. With a grand vision for rewilding native species in eastern Montana, APR is spurring a huge debate over bison, private property rights, federalism and the survival of rural communities.

Mountain bikers and hikers with dogs can bring huge spatial intrusions into wildlife habitat. Ag lands play a critical role in maintaining the integrity of Montana's fastest-growing valley. This is the first piece in an ongoing series touting the important role private land protection groups play in the Greater Yellowstone Ecosystem—and beyond.

With Chronic Wasting Disease likely already on refuge, action is claimed as necessary to prevent disastrous disease outbreak amongst America's most famous elk herd. Ashleigh Scully is a rising Millennial star in wildlife photography. Enjoy a Mountain Journal interview with the conservation-minded phenom. Getting old need not be a season of dread. As Timothy Tate says, it can be an opportunity to embrace who we are. Lance Olsen boils down a familiar old battle to its basics as sabers rattle among coal interests in Wyoming and Montana.

What does it say about us when we have leaders who don't have the courage to act? MoJo columnist Susan Marsh waxes on how we 'harvest' living things to avoid admitting we're taking their lives. He criticizes Wyoming for continuing to operate controversial elk feedgrounds. A contrast between two different organizations—one devoted to tackling real issues shaping our region, the other running away from hard discussions about growing impacts of industrial-strength recreation.

Never mind Greater Yellowstone's super volcano, there's already an epic explosion occurring in some corners of the ecosystem. And it's called growth. For Anna Vanuga, leaving Wyoming for Montana unearthed a new life through art. Her story will touch your heart. Cursed cars: a Millennial tourist, among the record-breaking masses, admits to being profoundly disappointed by his front country experience in America's first national park.

By courting the images that come to us during sleep and drawing upon their messages, our dreams within can help us achieve more meaningful, peaceful outer lives. With a sense of urgency, feisty spirit and an incredible eye, this talented witness turns wild trout and salmon into art muses for conservation. The Minneapolis skyline set against the Bridgers.

As part of Mountain Journal's ongoing investigative series, "Greater Yellowstone: The Big Picture," Todd Wilkinson examines significant issues shaping the future of America's most iconic wildland ecosystem. This story focuses on the accelerating impacts of human development. MoJo columnist Rebecca Watters returns from a research mission to Mongolia where she tracked lobos, leopards and wolverines. By not confronting the causes of climate change, we're setting ourselves up for huge economic and ecological impacts.

Erika Ross gives a speech that lays out the magnitude of violence committed against women in Indian Country. Why has it taken so long to address this grave injustice?

With climate change, public land issues and other important matters before House Resources Committee, will lawmakers swear to God that they'll be seeking the truth? Also calls attention to larger issue of sport hunts allowed near national park borders. 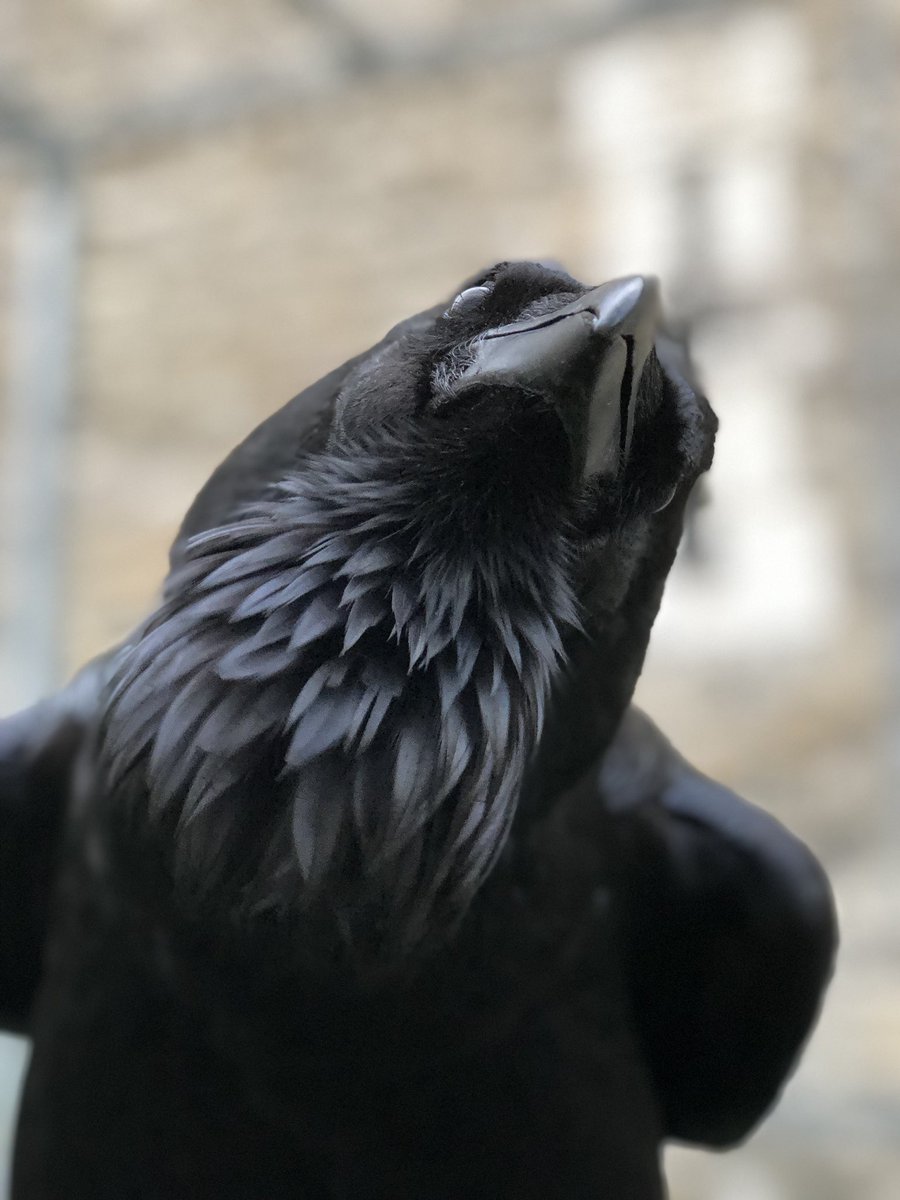 From sport hunting iconic species to giving local communities ownership over wildlife, Namibia may do things that drive some American conservationists crazy, but it has slowed and reversed the decimation of wildlife. Life after government: Mike Gurnett celebrates wildlife in metal after being a spokesman for the natural world. Flowing forth from the streams of our unconsciousness are insights sometimes more profound and visions more real than what we know when our eyes are open.

MoJo columnist Susan Marsh reflects on the value of reflection. We all need to stop and pause. Timothy Tate: Just as the backcountry brings perils, so, too, the mental space filled with charged emotions at the start of a new year. Former Chicago businessman moved to Montana to hunt big game and enjoyed fame as a hater of lobos.


When it comes to true recovery for America's most famous bruins, the focus is not on numbers but biological connectivity. But MoJo columnist Steve Primm, a volunteer firefighter, says it's more important to heed the burning facts. Whitman College student Luke Ratliff visits with Mark Haggerty about the deepening urban-rural divide.

From killing baboon families to staging predator-killing contests, hunters stand accused of violating the North American Model of Wildlife Conservation. Tim Crawford says healthy landscapes are the underpinning of good living in Bozeman and all of the rural West.

Timothy Tate, MoJo's go-to psychotherapist, explores the stories we tell about ourselves. A student tries to make sense of Ted Turner's attempt to restore wildness and ponders the role of bison and beaver as keystone species. Before the Bakken made fortunes and a mess of the landscape, Jackson Hole naturalist Susan Marsh discovered a different kind of majesty. Scientists have long supposed grizzly populations between ecosystems might link up.

David Stalling wonders when it will happen.

Dreaded deadly pathogen now literally among Jackson Hole's famous elk herds as thousands of wapiti arrive in valley for winter. In the ancient elder tradition, Lois Red Elk tells stories of her grandmother. Her poems lead us to a deeper reflection on the missing and departed women in Indian Country. In a harrowing nature video that went viral, there's an unethical story behind the narrative. Susan Marsh says Greater Yellowstone is a fount of wild American rivers—and trails— yet many citizens treat them only with greed or indifference.

Montana's democratic governor, who could contend for The White House, addresses the recent election and issues facing the rural West. Still, the Democratic National Committee remains clueless in dealing with rural West and heartland. In their Paradise Valley photo op, Steve Daines and Senate hopeful Matt Rosendale appear to have trouble knowing the difference between private and public tracts. When we talk of justice, Timothy Tate the psychotherapist wonders about the message sent to American daughters. New report says fossil fuel interests dominate hearings on issues affecting American West.

MoJo columnist Tim Crawford says true leaders say what we need to know, even if we don't want to hear it. And we need to elect them. MoJo's resident first responder Steve Primm didn't find the phantom victim; he stared into a problem created by growth.